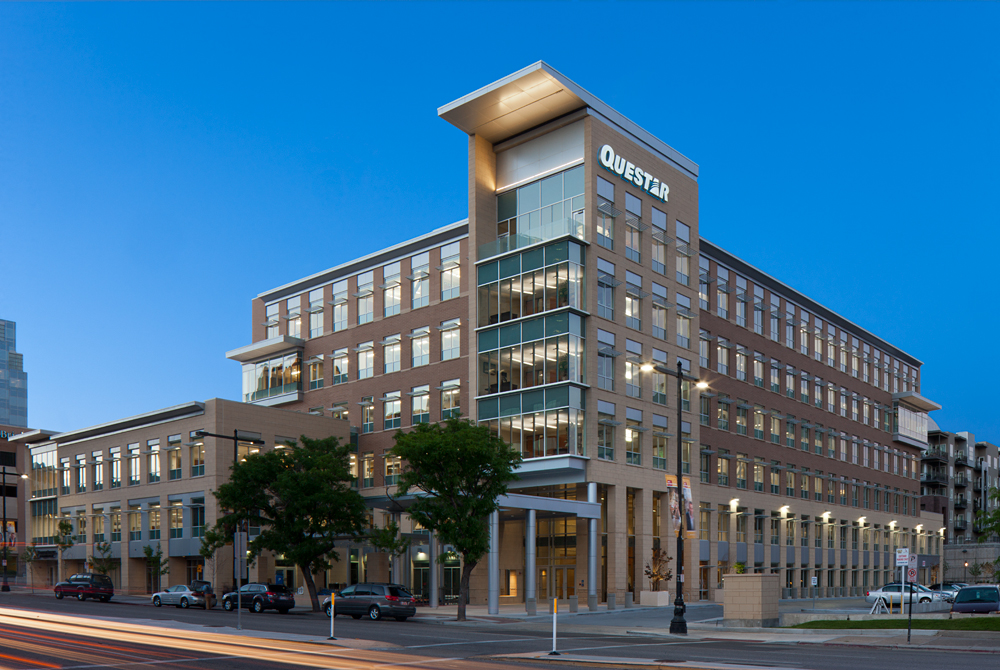 In relocating to its new headquarters, the Questar Corporation is benefiting from the improved flexibility of open, column-free floor plates. Combined with efficient space planning, these open floors have allowed Questar to reduce its leased space by over twenty percent, resulting in significant savings in operational expenses.

Respecting to its downtown Salt Lake City context, the exterior of the Questar Center bridges the mix of traditional and contemporary structures which surround it. In response to its more traditional architectural neighbors, the six-story mass is articulated with a rusticated base supporting four floors of traditional “punched” windows and is crowned with deep cornices completing the upper floor. More contemporary elements are found in the large “pop-out” bays and distinctive tower element which are expressed with crisp, modern detailing. Anchoring the main entry, the signature tower element creates a beacon which can be easily recognized in the cityscape.

Insuring the urban presence encouraged by the Salt Lake City’s zoning ordinance, the building defines the east edge of State Street, while maintaining access to natural light and views for its neighbors. 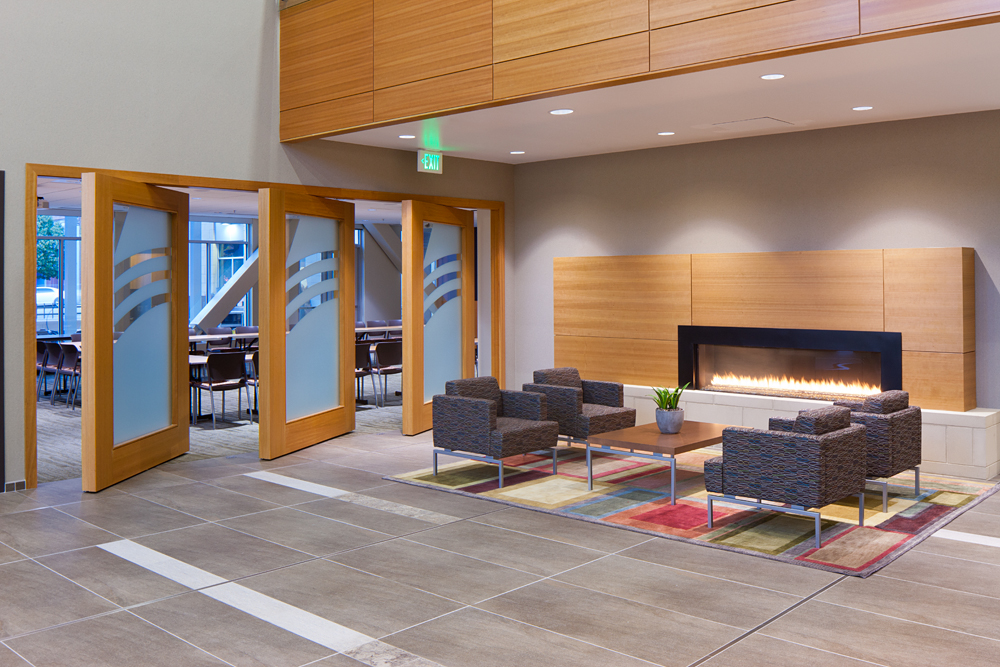